David Michael is a 2020 candidate for Madison County Auditor. He is currently on the County Board, representing District 4. His term will expire in 2020. 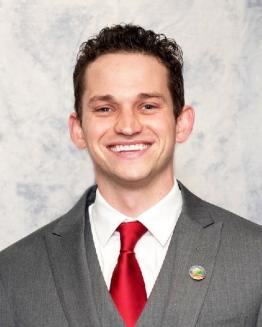 Michael lives in Highland, and is an accounting professor and has spent more than five years as the top financial officer and vice president of development at Father McGivney Catholic High School in Glen Carbon. He still retains the duties as the school’s lead financial officer on a part-time basis. Michael spent his early career years as an external auditor with a large public accounting firm in its Chicago office. He came back to Highland to help Father McGivney get off the ground and team up with his parents in running his family’s business, Michael’s Restaurant. That restaurant has been in his family since 1941.

Michael also serves as the chairman of the Diocesan Pastoral Council for the Catholic Diocese of Springfield in Illinois. He was appointed to represent the Alton deanery on the council in 2016 and was elected chairman by unanimous approval in the spring.  Michael and his wife also serve as catechists at their local parish in Highland, where they enjoy being on the parish’s RCIA team.  He is a third-degree member of the Knights of Columbus and a member of the Highland Moose Lodge.